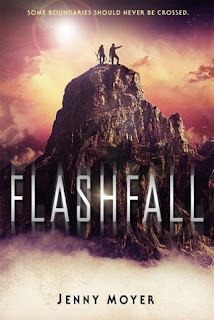 Flashfall is an incredible story about mining under the earth, and the dangers both below and above ground. Orion is an expert miner, and she comes so close to reaching the goal of 400 g of cirium (the element that is most powerful for energy usage) when things fall apart.

Today, I'm going to talk about elements and precious metals!

I'm sure you've all encountered the Periodic Table at some point? Maybe?

The Periodic Table is vastly important in the world of science. It's not only an organized presentation of chemical elements - it provides a wealth of information on those elements and their properties. Unfortunately, there is a growing shortage of a significant number of elements.

Did you know that...

- Gold (Au) is pretty valuable, it's pretty rare, and it's running out. Yes, it's running out. The production of gold is slowing. Known gold reserves are dwindling. So, expect a rise in the price of gold in the next ten to twenty years!

- Antimony (Sb) is likely to be one of the first elements to run out. Antimony is used in lead-acid batteries flame retardants, alloys, PET, even some medicines and drugs.

- The rare earth metals, a group of 17 elements, are incredibly powerful. These elements, which include dysprosium (Dy) and yttrium (Y), are used in smartphones, TVs, aircraft engines, MRI scans, even weapons. The elements have amazing chemical properties, and are highly abundant on Earth.

- We're running out of helium (He). That sounds ridiculous (for some reason) but it's true. Helium is a non-renewable element that is produced from the radioactive decay of uranium. There has always been very little helium in the atmosphere. Helium has many uses - in MRI machines, in welding, in semiconductors, to reach the lowest temperatures of cryogen.

- We're running low on phosphorous (P), too. Phosphorous is very important in the agricultural world - it is part of most fertilizers. While phosphorous is a non-renewable resource, the phosphorous cycle is a closed cycle. However, the cycle is often broken, in recent times. Not much phosphorous that is mined makes it back into the soil to keep the cycle going. This could have very negative consequences on the world's food supply.


Check out the following graphic, posted in 2014 by Jeff Desjardins. (Click on it to go directly to the page, to enlarge the image.) This gives a good idea of when certain important elements will run out - though it does not list many other important elements not relating to the energy sector.


Are you surprised over the shortage of certain elements? Did you know of the existence of several of the above-mentioned elements? Do you think scientists should look to space to find more sources of elements, or new elements?
Posted by Alyssa at 12:00 AM