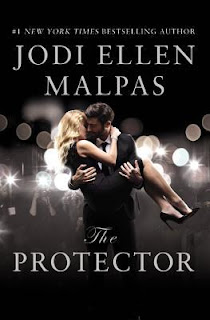 People think they have Camille Logan nailed: daddy's girl; beautiful, spoiled young woman with her father's bank balance to fund her lifestyle. But Camille is determined to have a life free from his strings. Out on her own, she's made mistakes, including one that found her clawing her way back after a stint in rehab and plenty of bad press. Now, after fighting so hard to be independent and happy, she finds her life threatened as a result of her father's ruthless business dealings. Caught between resentment and fear, Camille prepares herself for the measures her father will take to protect her. But nothing could prepare her for the ex-SAS sniper who crashes into her life.

Jake Sharp resides in his own personal hell. He was distracted from duty once before, and the consequences were devastating--both personally and professionally. He vowed never to let that happen again. Accepting the job of bodyguard to Camille Logan isn't the kind of distraction from his demons he should take. Women and Jake don't mix well, yet protecting the heiress seems the lesser of two evils. But Jake soon discovers that she isn't the woman she's perceived to be. She's warm, compassionate, her presence settling, and his duty to protect her soon goes deeper than a well-paid job, no matter how hard he fights it. He needs absolution. He comes to need Camille. But he knows he can't have both.

This is the first book I've read by JEM, who I've seen is very popular in the UK (she's British). I picked this one on a whim. I'd never heard of the author or book, but I really liked the cover, and I LOVE bodyguard stories. This book seemed perfect for me - and it was pretty great!

Jake Sharp is an ex-SAS sniper, dangerous and lethal and very good at what he does. He's currently working at a security firm, and his next assignment is to protect and shadow a rich daddy's girl 24/7. Camille Logan is exactly the type of woman Jake likes to avoid. But Jake has her pegged all wrong. She isn't pompous and self-centered and fake; she's stubborn and sweet and independent, and she fights for every inch of freedom that her father allows her. Jake has been living in darkness for four years, and Camille is his sun. In this standalone novel, the bodyguard and the protected become something more - but what happens when secrets are uncovered and lines are blurred?

This book, to me, is all about Jake. Camille has her own past and demons, but they are nothing compared to Jake's history. He served in the army, which alone is enough to haunt a man. But his personal life took a rough turn, and he became distracted while serving, and he was discharged. His work at the security firm is his purpose and his drive, and a flouncy heiress isn't going to distract him. Right?

Wrong. Camille worms his way past his shields without even trying. I liked Camille - she wasn't prissy and snobby and selfish like I expected. Her father has her under lockdown even before the bodyguard. At first, Camille hates the idea of Jake following her everywhere, all the time. But she's also ridiculously attracted to him. And eventually she decided that she wants to puzzle him out. Who hurt him? What haunts him so badly? I liked how much Camille grew to care about and for Jake. It isn't easy, to be with someone with PTSD and with so many skeletons in the closet. But Camille is definitely the right person for Jake.

Jake... he's tortured by his past. Yet he is driven and focused, and very good at his job. He has a quiet yet large presence, an alpha swagger and air about him. And he is 100% alpha male, which I loved (obviously). This man is fiiiiine and while he has his issues, I liked seeing him work through them.

The romance is slow-burn, although the attraction was lust-at-first-sight (this almost never bothers me, and I was fine with it). This relationship is somewhat hate-to-love, which is quite possibly my favorite romance trope. Malpas writes this romance well, with very steamy scenes balanced with emotional ones.

Major plus to this book for having a great female friendship. Camille and Heather are hilarious, and a little crazy, and very supportive. There are subtle scenes that show how much each woman cares about the other and has the other's back. I only wish Jake had a male friend to rival this friendship!

This book has two stories, in a way. The primary story is dealing with the threats against Camille, which is why Jake was hired in the first place. Something about the threats don't add up, and something about Camille's father makes Jake suspicious. This plot was interesting, and the end was a good reveal, though not too surprising. The second plot is Jake's emotional journey, and how he overcame four years of pain and anger. The ending is surprising, but there is so much healing involved, and I thought the reveal about Jake's big secrets was well written.

Overall, I liked this book a lot. I'm interested in reading more of Malpas's books in the future, though I do hope this book is truly a standalone. It wraps up really well and stands on its own perfectly. Jake and Camille are sizzling together, and their story is wonderful.

Part of Jake's big secret irritated me, and that's because That Thing is something I generally HATE in romance books. Secret _____ really bother me. However, while I didn't like the surprise, it wasn't as bad as it could have been. I kind of liked it, but I still didn't want it in this story.

Some of the dialogue and phrasing was so strange! For example, exclamation marks where there really should have been period, and phrases that seemed too blunt and out-of-place for the tone of that scene. The author is British, so it's possible that I'm just too used to American-written romance novels that have different nuances in writing. But those dialogue and phrasing really threw me off.

I liked this book - it's not a new favorite, but it was well-written (except those weird phrasing, but I think that's just me being American and the author being British) and very enjoyable. It took me by surprise, as I had no expectations. I savored this book as I read it, which I don't do often! So, short answer would be yes, I recommend it. It's not a must-read, but it's a good one!

Also, if you think you have an idea of what That Thing is (that I mentioned above), and it's something that you don't like in romance novels either, please (privately) ask me about it! I'd hate for someone to read this book and absolutely hate it because of that aspect. And really, it wasn't even that bad! *vague Alyssa is vague*

4 stars. If you enjoy bodyguard/protected woman stories, then this one is for you! It's a great example of that kind of story. I was a tiny bit worried about how everything would work out in the end, but the author handles the ending well. Nothing cliche here!