Waiting on Wednesday (#110): A Conspiracy of Princes by Justin Somper 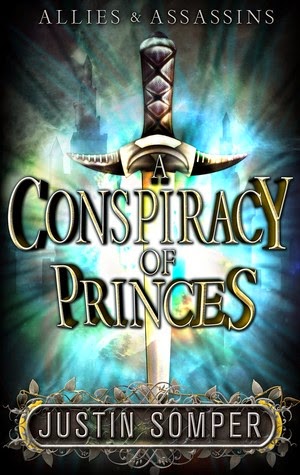 The newly crowned Prince Jared, ruler of All Archenfield, has inherited a kingdom in crisis. The murder of his older brother has revealed a traitorous plot in his court, calling into question who, if anyone, Jared can trust as he ascends the throne. Now the realm is on the brink of invasion from the brutal princes of Paddenburg and Jared must travel to neighboring kingdoms in search of allies to defend his throne. Little does he know that an even more dangerous plot is hatching in the Archenfield court--one that threatens to remove Jared from power. One put in motion by the very people he left in charge.

Read my review of Allies & Assassins!