Blog Tour and Giveaway: The Day of the Duchess by Sarah MacLean

Welcome to the blog tour for The Day of the Duchess by Sarah MacLean! This is the third book in the Scandal & Scoundrel series, a series I've really enjoyed so far. This new book is so different from any other historical romance novel you will ever read. Learn more below!

The Rogue Not Taken | A Scot in the Dark 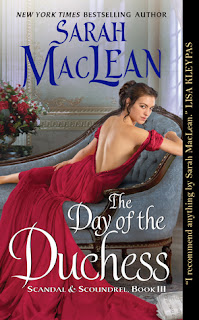 The Day of the Duchess by Sarah MacLean
Book Three of the Scandal & Scoundrel series
Publisher: Avon
Publication Date: June 27, 2017

The one woman he will never forget…

Malcolm Bevingstoke, Duke of Haven, has lived the last three years in self-imposed solitude, paying the price for a mistake he can never reverse and a love he lost forever. The dukedom does not wait, however, and Haven requires an heir, which means he must find himself a wife by summer’s end. There is only one problem—he already has one.

The one man she will never forgive…

After years in exile, Seraphina, Duchess of Haven, returns to London with a single goal—to reclaim the life she left and find happiness, unencumbered by the man who broke her heart. Haven offers her a deal; Sera can have her freedom, just as soon as she finds her replacement…which requires her to spend the summer in close quarters with the husband she does not want, but somehow cannot resist.

A love that neither can deny…

The duke has a single summer to woo his wife and convince her that, despite their broken past, he can give her forever, making every day... 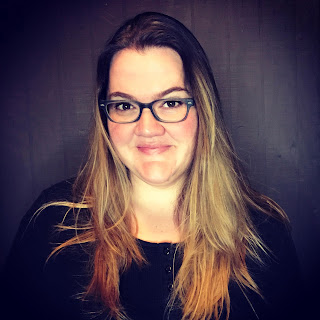 New York Times, Washington Post & USA Today bestseller Sarah MacLean is the author of historical romance novels that have been translated into more than twenty languages, and winner of back-to-back RITA Awards for best historical romance from the Romance Writers of America.

Sarah is a leading advocate for the romance genre, speaking widely on its place at the nexus of gender and cultural studies. She is the author of a monthly column celebrating the best of the genre for the Washington Post. Her work in support of romance and the women who read it earned her a place on Jezebel.com's Sheroes list of 2014 and led Entertainment Weekly to call her "gracefully furious." A graduate of Smith College & Harvard University, Sarah now lives in New York City with her husband and daughter.

Malcolm Marcus Bevingstoke, Duke of Haven looked to the tiny wooden calendar wheels inlaid into the blotter on his desk in his private office above the House of Lords.

August the nineteenth, 1836. The last day of the parliamentary session, filled with pomp and idle. And lingering memory. He spun the wheel with the six embossed upon it. Five. Four. He took a deep breath.

Get out. He heard his own words, cold and angry with betrayal, echoing with quiet menace. Don’t ever return.

He touched the wheel again. August became July. May. March.

January the nineteenth, 1834. The day she left.

His fingers moved without thought, finding comfort in the familiar click of the wheels.

The way I feel about you . . . Her words now—soft and full of temptation. I’ve never felt anything like this.

He hadn’t, either. As though light and breath and hope had flooded the room, filling all the dark spaces. Filling his lungs and heart. And all because of her.
Until he’d discovered the truth. The truth, which had mattered so much until it hadn’t mattered at all.

The clock in the corner of the room ticked and tocked, counting the seconds until Haven was due in his seat in the hallowed main chamber of the House of Lords, where men of higher purpose and passion had sat before him for generations. His fingers played the little calendar like a virtuoso, as though they’d done this dance a hundred times before. A thousand.

So, they let simply anyone become a duke, do they? No deference. Teasing and charm and pure, unadulterated beauty.

If you think dukes are bad, imagine what they accept from duchesses?

Would there ever be a time when he stopped thinking of her? Ever a date that did not remind him of her? Of the time that had stretched like an eternity since she’d left?

The clock struck eleven, heavy chimes sounding in the room, echoed by a dozen others sounding down the long, oaken corridor beyond, summoning men of longstanding name to the duty that had been theirs before they drew breath.
Haven spun the calendar wheels with force, leaving them as they lay. November the thirty-seventh, 3842. A fine date—one on which he had absolutely no chance of thinking of her.