Welcome to the release day blitz for Four Seconds To Lose by K.A. Tucker! Happy release day, Ms. Tucker! I hope you all enjoy the post, and good luck with the giveaway! 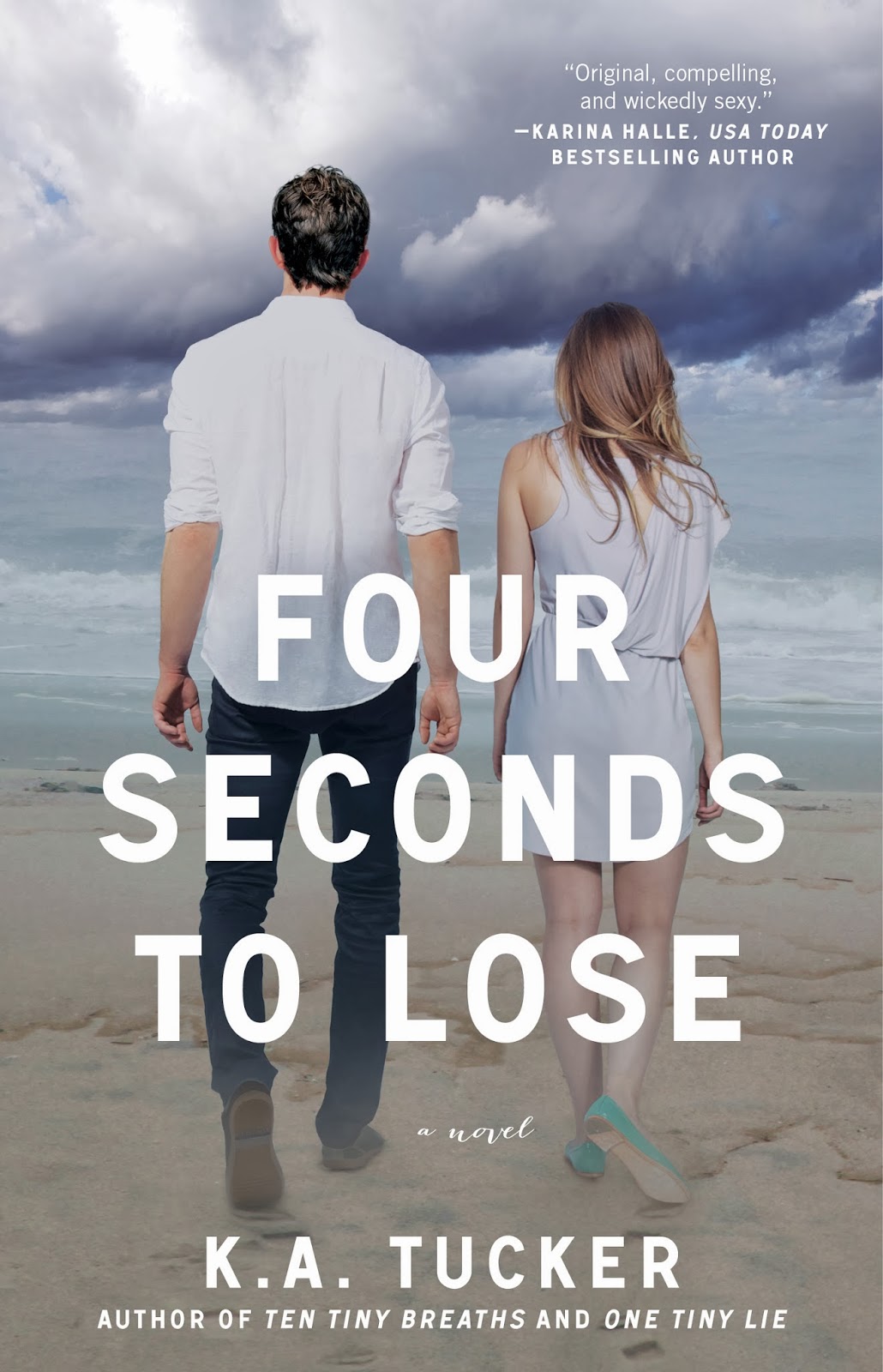 Owning a strip club isn’t the fantasy most guys expect it to be. With long hours, a staff with enough issues to keep a psych ward in business, and the police regularly on his case, twenty-nine year old Cain is starting to second guess his unspoken mission to save the women he employs. And then blond, brown-eyed Charlie Rourke walks through his door, and things get really complicated. Cain abides by a strict “no sleeping with the staff” rule. But being around Charlie challenges Cain’s self-control…and it’s been a long time since any woman has done that.

Twenty-two-year old Charlie Rourke needs a lot of money, really fast, in order to vanish before it’s too late. Taking her clothes off for men makes her stomach curl but Charlie tells herself that at least she’s putting her acting and dancing skills to good use. And though her fellow dancers seem eager to nab their sexy, sophisticated, and genuinely caring boss, she’s not interested. After all, Charlie Rourke doesn’t really exist—and the girl pretending to be her doesn't need to complicate her life with romance.

Unfortunately, Charlie soon discovers that developing feelings for Cain is inevitable, that those feelings may not be unrequited—but losing him when he finds out what she’s involved with will be more painful than any other sentence awaiting her. 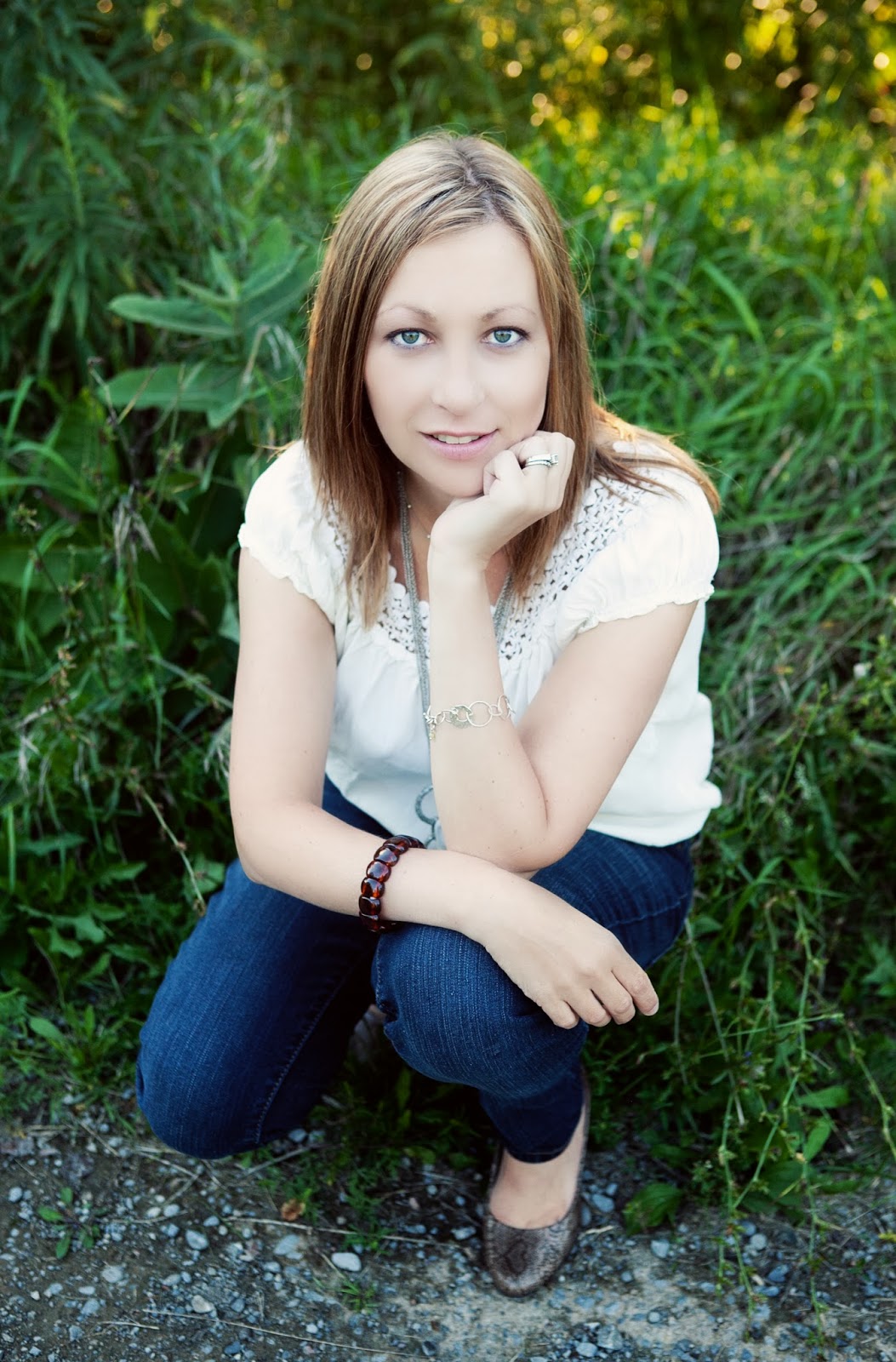 Charlie
The small exhale escapes my lips before I can stop it. When I came up with this plan two weeks ago, I wasn't fully aware of the inner workings at these clubs. But you can find anything on the internet. I found out that many owners charge a high stage fee, so the girls actually earn their money working hard on the floor and in the private rooms. Rumor has it that, though illegal, many of them do “extras,” on top of the lap dances. The idea of stripping on a stage in front of people is a giant pill to swallow for me. But lap dances . . .

I have to do it, I remind myself.

When I ran out of Sin City that day, I was sure that my plan was dead in the water. I mean, how was I going to perform daily lap dances when I couldn't even get through my interview!

Cain sounded too good to be true.

Setting my chin with steely determination, I say, “Both, please.” Swallowing the revulsion bubbling up in my throat, I clarify with a struggle, “I want to work the private rooms as well as the stage.”

Cain blows air out of his mouth, one hand on his hip while the other pushes through perfectly styled, slightly wavy dark hair as he stares hard at me. There’s an inexplicable look in his eyes, but I know he’s trying to read me. I wonder if he’s deciding whether to ask me for a demonstration. My gaze drifts to the couch again and my stomach tightens. Somehow I think giving this guy an interview lap dance might be harder than doing one for a sleazeball.

Because if I could get past the embarrassment and nerves, I might enjoy it.

But he doesn't ask me to demonstrate. Instead, he asks me, “Have you ever bartended before?”

I shake my head, frowning.

“I have too many girls working the private rooms right now. But working behind the bar would bring your earnings up significantly. It’s what another stage dancer of mine used to do.” He continues, more to himself, “Maybe we see how that works out first.”

I came in here expecting the worst—that I’d be grinding on guys’ laps by the weekend because I have to. And yet, now, the relief is pouring out of me.
“Why are you in this profession?” he suddenly asks, lifting his eyes to bore into me once again.

One question I did expect. I meet his stare and hold it as I explain, “Because I’m good at it, I've got a decent body, and have no interest in serving French fries for minimum wage while I figure out what I want to do with the rest of my life.” I deliver that as I practiced it—calmly, clearly, convincingly. It’s a good answer. One that creates no doubt.And so far from the truth. I know exactly what I want to do with my life.

End it and begin a new one.

He nods slowly, his lip pressed together in a grimace. I don’t know if that means I’m hired or not, so I bite my tongue and wait for a concrete verdict. I’m still waiting for Cain’s decision when his cell phone rings. I watch with fingers laced together in front of me while he answers with a gruff, “Yup.” He listens, his free hand absently rubbing a small tattoo behind his ear. A second later he barks, “No! I’m on my way.” Hanging up, he digs into a drawer and comes out with a handful of papers. “Fill these out, please. Bring a copy of your driver’s license tomorrow night with you.” Whatever gentleness crept into his voice before has vanished. It’s all business now, as he slides the sheets across his desk with hands that look strong and muscular but incapable to soothe. “If the crowd likes you, you've got a job.” Turning those eyes my way once more and pausing for a moment, he adds, “Fair?”

“Absolutely. Thank you,” I say with a nod and what I hope is a courteous smile as I collect the forms.

With that, he turns and crouches down behind his desk. I hear something metal slam that reminds me of my stepdad’s safe door. When Cain stands again, it’s to fit a holster and gun on him, startling me. It’s not the first time I've seen a gun. I have a gun. I've used a gun. But seeing Cain with one right here, right now, was unexpected. Why does he even need one?

Throwing a light jacket over himself to conceal it—he’ll die wearing that in the summer heat, but concealing your weapon is a law in Florida and I guess Cain is a law-abiding citizen—he walks over and, with one hand on the small of my back, ushers me toward the door. It’s not exactly rude, but it’s also far from polite. With me in the hall, he pulls his office door shut and marches out the back exit, not turning once.

I’m left standing alone, inhaling the faint scent of beer, my ears catching someone testing the sound system. The one that will play music that I strip to tomorrow night.

I take a deep breath as a rash of butterflies swirl through my stomach, the sudden urge to let loose my bladder overwhelming.

It’s not a big deal.

I can do this.

After everything I've done, that I've been accomplice to, taking my top off in front of a bunch of drunks is nothing. I deserve to suffer a bit.

I glance down at the paperwork in my hand. He said he wants a copy of my license. That’s fine. The only accurate thing on it is my picture.