This month, I'm giving away an ARC of Burn Out by Kristi Helvig! 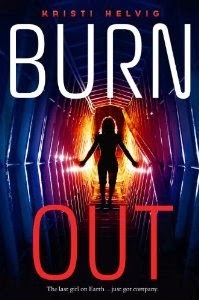 Burn Out by Kristi Helvig
Book One of an untitled series
Publisher: Egmont
Publication Date: April 8, 2014

Win an ARC of Burn Out by Kristi Helvig! PLEASE SEE THE GIVEAWAYS PAGE AND/OR THE TERMS AND CONDITIONS LISTED IN THE RAFFLECOPTER BEFORE ENTERING!