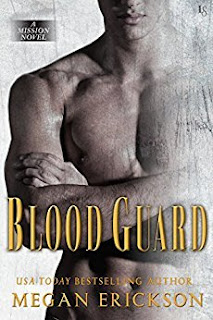 Enter a world of immortal danger and desire—and discover an incredible fate borne of blood.

Tendra: One minute, I’m a bartender in gritty Mission City; the next, I’m whisked away by a vampire named Athan who tells me that I’m the lifeblood of his clan. It sounds unbelievable, but he’s got evidence I can’t deny. Turns out, Athan belongs to an underground society of vampires who feed only on humans with their consent. Their enemies have no such qualms, and they want me dead. The only thing standing in their way is strong, sexy Athan. And the closer we get, the more tempted I am to let Athan feed. . . .

Athan: How could I have known when I snatched this snarky, beautiful human off the streets that she would change my destiny? As a loyal soldier, I must deliver Tendra to our future king—my brother. Empowered with the blood of ten generations of the Gregorie breed, she is fated to rule as our queen. But there’s something between us that’s so intoxicating, so carnal, I can’t help wanting Tendra for myself . . . even if it’s treason.

I'm going to be honest: I've always loved (adult) vampire romance novels, specifically male vampire/female human ones. I know the vampire thing has been exhausted and beat dead over the last ten years or so, and there are certainly many novels that sound the same when it comes to this trope. I've not read a good PNR novel featuring vampires in a long time, and Blood Guard was exactly what I wanted and needed. I've been a huge fan of Erickson's so I would have read this book even if I hated vampire romance novels. But luckily, I love them, and I love Erickson's books, so this book is a huge win for me! And even better - it was a good book.

Tendra has been living in Mission for a short time, since her mother passed away. She and her mother moved a lot over the years, and the latest place was Mission. Tendra has no attachments to Mission, but she likes her job and her coworkers. One night at the bar she works at changes everything. She finds out (the hard way) that her blood is special and will make the head of the Gregorie vampire clan stronger and more powerful. Oh yeah, and she finds out that vampires exist. Athan Gregorie has come to take her to his brother, Idris, who is the vampire who will be strengthened by Tendra's blood. Athan's duty is to bring Tendra safely to Idris, with none of her blood spilled. Tendra's duty is to be the queen of the Gregorie clan by giving her blood to the king (Idris). But duty comes up against their growing feelings for each other, and they will find that the closer they get to the Gregorie stronghold, the harder it is to let go.

Sometimes in romance novels, I adore the hero and HATE the heroine. It's so sad when that happens, because the story is pretty much ruined at that point. I'm always slightly nervous when starting a new romance novel, for that reason. In this book's case... I loved Athan, and I loved Tendra.

Tendra is such a likable heroine. She is tough and smart, and she speaks her mind. One thing I hate about some heroines is how they seem feisty and assertive, but when it comes down to some things, they shut their mouth. This definitely isn't the case with Tendra. She makes many things clear - that she doesn't want to be some guy's blood bank, that she doesn't want to have her free will taken from her, that she doesn't want to leave Athan. Tendra doesn't lie back and accept fate - no, she fights for what she wants. Her safety, Athan's well-being, their relationship, the fate of the Gregorie clan and the human world... Tendra understands her duty as Sanguivita, but she also isn't letting an old prophecy rule her life. I'm a huge fan of Tendra.

I also loved Athan, just as much as or even more than Tendra. He is gruff and unsmiling, the kind of hero that doesn't really joke around but isn't a total grump either. He's the broody, protective type, who is a warrior but also a sweetheart. Athan puts his duty and his respect for his brother above everything... or he tries, when it comes to Tendra especially. But I liked how even though he was always trying to carry out his duty (bring Tendra safely to Idris), he still accepts his growing feelings for Tendra. It's tricky, falling in love with someone who will be crucial in keeping peace between vampires and humans.

This book was a little on the short side - not novella short, but not a full-length romance novel. So it seems fairly fast-paced and it almost seems like the plot is too simple. I know some readers didn't like how it seemed like there was nothing going on. The main objective of the story is getting Tendra to Idris without getting killed or anyone drinking her blood. It's a journey of action and high stakes, so it isn't boring by any means. Simple, yes, but not boring. There weren't huge twists and turns, and the one "big thing" didn't surprise me, but I liked it.

Speaking of that, the ending of the book was fantastic. There is no drama in this book and absolutely no love triangle. By the time Athan and Tendra get to the Gregorie home, they are very much in lust and in love. Idris never enters the picture as a love interest, and it's clear from him and Tendra meeting that he has no interest in her. There is no drama in this book - no shenanigans, no lies, no fighting between the brothers. I loved this! I hate it when romance novels involve a woman coming between two brothers, whether it's because of a love triangle, or anything else.

I should mention that the romance is lovely! There is definitely lust at first sight, but no insta-love. I liked seeing Athan and Tendra get more and more comfortable with each other, and fall for each other. They have really hot chemistry and there are several scorching hot scenes in this book. It's a short book, and I definitely wanted more!

Also worth noting - I love the bodyguard/protector trope. In contemporary novels, it's usually a male bodyguard and a female woman to be protected. I love those stories, and I liked this one. I don't usually go for novels involving a brother (or friend) falling for his brother's/friend's intended, but there was no drama and no love triangle in this story. Which was awesome!

Overall, this was a great start to the series. I liked Athan and Tendra a lot, and I hope they will appear in the future books of this series.

Nothing really major, but like I mentioned before, this book is a little short, and its plot is pretty simple. It's a quick read, but I would have loved more. I definitely would not have wanted any drama and love triangles though.

I also kind of wanted some answers on Brex, Tendra's cat. Is he a supernatural kitty? Maybe a familiar or something? This isn't a huge thing, but the author made it seem like the cat was going to play a huge role in the book, and that there was something significant that would be revealed about him. But then there never was. Honestly, I half-expected Brex to shape-shift into a human form. (Surprise, I've been peeping you two all along, during all of your hot sexy times! That would be weird. Never mind.) Here's hoping Brex will show up in the next book!

I'm hoping the next book features a little more vampire politics and whatnot. I feel like this book had a lot of good vampire/bad vampire politics, where it is black and white. But are all of the Valarian vampires bad? The Quellen? Probably not. I definitely want to see more of both of those clans of vampires, to better understand them.

But, these are minor things!

If you're in the mood for a quick and steamy paranormal romance novel, this is definitely for you. It's a good vampire romance novel, not a generic repetitive one. I doubt vampire novels are making a comeback, but this one felt so refreshing and satisfying.

3.5 stars -> rounded up to 4 stars. I only wish this book was longer! I really enjoyed it and wanted much more. This is a companion series so the next books won't feature Athan and Tendra as the protagonists. But, I'm excited to read Idris's story (I'm assuming he is the hero of Blood Veil)!

Did you know? The prequel novella, Bite the Hand that Bleeds, is free! 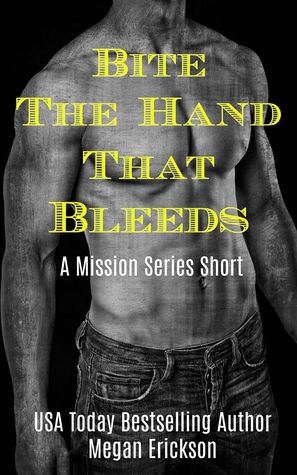