Fam! Today is the release day of The Bastard's Bargain by Katee Robert! I am beyond excited to read this book and I hope you are too. Take a peek (brand new excerpt!) and enter the giveaway! 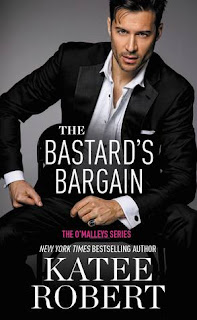 Dmitri Romanov didn’t permit himself to breathe a sigh of relief. This was only the first step in a path that could potentially span years. It didn’t matter. Keira was here—was his. He had time.

He watched her look around the inside of the town car, cataloging everything with those witchy hazel eyes of hers. The faint scent of pot filled the car, giving evidence to what she’d been up to when he called. The woman was a mess, but he’d known that from the moment he met her. Dmitri didn’t do projects. He preferred to be the one holding all the cards—it allowed him to anticipate how the people around him would act in any given situation.

He’d never been able to anticipate Keira. Not from the moment she picked his pocket and walked away from him as if she didn’t give a fuck about the danger he posed to her.

Likely because she has a goddamn death wish.

He’d deal with that, just like he’d deal with the rest of Keira’s issues. In time.
Right that moment, time was the one thing they didn’t have. Keira’s oldest brother would be returning to Boston within hours, and Dmitri fully intended to marry her before Aiden realized she was gone. It was significantly more difficult to oust a wife than it was a fiancée.

He had Keira now. He wasn’t going to let anyone take her.

She kicked her feet out, propping her chunky black boots on the seat. The long line of her bare legs drew his gaze up to her tiny sleep shorts. They were barely more than underwear, hugging her hips and ass. Her shirt wasn’t much better, for all that it was long-sleeved. It revealed a slice of pale stomach and was fitted enough that he had absolutely no doubts about the fact that Keira wore no bra. Her small breasts pressed against the fabric, and she shivered beneath the weight of his gaze.

Get control of yourself. He leaned forward and nudged her boots back to the floorboard. Taking Keira was part of the plan—fucking her in the backseat was not. “There’s no need for an adolescent tantrum.”

She laughed, the sound rough and pain filled. “God, would you listen to yourself? You just showed up at my window to lure me into the night—to a chapel—and now you’re bitching about my shoes on the seats? Russian, you have your priorities seriously out of order.” She flicked her long hair off her shoulder. She’d dyed it a harsh blond that seemed designed to highlight how unhealthily skinny she’d become in the last year.

“Our current situation is no reason to throw propriety out the window.” He sounded stuffy, and he hated it, but with her sitting so close, wearing clothing she’d just been sleeping in…Dmitri dragged in a breath. “Keep your shoes on the floor.”

“Or what?” She turned to face him. The move pulled her shirt even tighter against her chest, revealing the faintest outline of her nipples. Keira saw where his gaze went, and gave a bitter smile. “All the games, all the bullshit, and that hasn’t changed.” She leaned forward and hooked his collar with her finger, drawing him closer despite himself. “Tell me something, Romanov.”

“Hmm?” He dragged his gaze up to her mouth. The wicked curve of her lips was matched only by the words she threw into the space between them with such abandon. The woman wouldn’t know caution if it slapped her in the face.

“You’re dragging me to your cave to be your Bride of Frankenstein.” She shifted closer, her bare leg sliding over his slacks until her thigh came into contact with his cock.

He should move her. Set her back and explain that no matter what she thought of the situation, she wasn’t in control. But the ring he’d put on her finger winked at him, a reminder that Keira wasn’t the sister of his enemy anymore. She was his.

Or she would be in a few short hours.

He bracketed her thigh with a hand, keeping her in place, but didn’t touch her anywhere else. There was no masking his reaction to her, not in their position. Dmitri didn’t bother trying. “Calling me Frankenstein is more than a bit dramatic.”

She looked up at him, her eyes holding a question he didn’t have a satisfying answer to. “I think it’s time to stop being in denial, don’t you?”

He recognized the direction she was headed. “You know I want you. I wouldn’t be doing this if I didn’t.”

Just like that, the shutters slammed down on her expression. She sat back and he let her go, watching her pull herself together. Her spine went ramrod straight, and she stared at the back of the driver’s head rather than at Dmitri. She crossed her arms over her chest. “No lies between us. That’s what you said. You want me, sure, but don’t pretend any of this bullshit has to do with sex. You need to prove what an international badass you are by marrying the sister of your enemy. An eye for an eye—a wife and a sister. Remember?”

He knew exactly what she was quoting. The note he’d had delivered to Aiden O’Malley just over a year ago. By my count, you owe me both a wife and a sister. I’ll be content with one of yours. He hadn’t realized Keira had seen it.

Twin possibilities spun out between them. She was scared and vulnerable, and if he told her that it was her he wanted and not what she represented, she would believe him. It would even be the truth, at least in part. He hadn’t been able to get Keira out of his head from the moment he met her, and he’d manipulated events to ensure they reached this exact moment.

Telling her that wasn’t telling her the full truth, though. This wasn’t some great love story where he’d been pining for her while her family kept them apart. Dmitri wanted her, yes. He craved the feeling of her body beneath his hands, her taste on his tongue, and her smart mouth around his cock.

But his craving her had no real relevance in the grand scheme of things. He needed one of the O’Malley daughters to regain his status after the blows the family had dealt him over the last two years. Keira was the only option left.

It didn’t matter what the truth was, full or otherwise. What mattered was ensuring Keira toed the line. He sat back, trying to ignore the throbbing of his cock, and studied her. “You knew what this was when you climbed out your window and stepped between me and your brother.”

She finally met his gaze, her hazel eyes fiery in their defiance. “Yes, I did.”

Enter to win a grand prize of a $50 Amazon gift card and Dmitri Romanov scented candle! 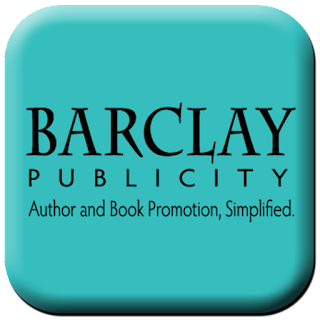