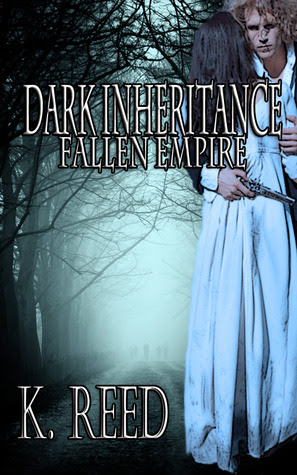 The once glittering ballrooms of Regency England now lay desolate. A plague has ravaged the countryside. The government has fallen. What vestiges of order remained have been consumed by the endless funeral pyres.

Grayson, once the Baron of Harwich, sought only to protect his people. Rescuing a half-dead woman was not among his plans. But something about her pulled at him. Perhaps it was her beauty, still evident beneath the pallor of loss. Perhaps it was the recently fired rifle at her side. Or maybe he simply tired of death. All he knew was that the plague had taken too much already. He couldn't let it take her as well.

Lady Juliette Adair had been ready to die with her brother. She didn't expect to be shown mercy in a world that had no room for mercy. When Grayson saved her she questioned his motives but soon found herself intrigued by him, drawn to him.

Societal rules were a thing of the past, dead along with the ton. Juliette had no manner by which to measure her growing closeness to Grayson any longer. But when she discovers he may not be the man she thought she knew more is at stake than just her heart. The secrets she carries could make a king or destroy one.

There are so many amazing things about this book. When I finished, in record time I might add, I almost cried. This book was extraordinary! I'll start with the characters. Grayson was easily a man that I could love. He is loyal to his people, protective of his people, and a strong leader, almost iron-fisted. Throughout the book, we see a cold side of Grayson, the side that cares only about the survival of the village of which he is in charge. We see Grayson laying down punishments, whether it is lashings or banishment or physical labor, if only to keep the order established. Then we see the side of him with Juliette, a softer, gentler side that surprises even his captain and best friend Wesley. We know that he is keeping secrets from Juliette, and we know exactly what those secrets are, but we also know why he is doing what he is doing. Everything he does has good reason, and honor.

Throughout the book Juliette continually sticks with a view of him, even when she suspects that he is keeping secrets, and that is that Grayson is a good, honorable man. And Juliette herself is a unique character. For a Regency-era woman, she is, as Wesley describes her, headstrong. She has an inquisitiveness that I loved seeing throughout the book, and a clever mind that never let her down. She has a good head when it came to politics and political maneuverings. Juliette managed to discover what Grayson was hiding without raising too many suspicions about her behavior. She is intelligent, hardworking, and she makes her own opinions and decisions.

I liked that Ms. Reed made this book in third person, and yet that readers could see the story from different perspectives. I liked being able to experience a scene through Juliette's eyes, and then read the Grayson's reaction in the next. The romance in this book was very well written. I like the continuous chemistry between Grayson and Juliette. You can see that both characters care about each other, want each other, but don't quite trust each other throughout the book. We get to see the slow building of trust from both characters, and the slow building of feelings towards each other. This was not a story of instant love. Again, these two characters wanted each other, but they didn't just fall in love and immediately trust each other. This book showed the progression of trust and love.

Politics was a huge part of this book. While most readers might think that this book is going to be completely carried by the romance in the book, it was not. I love reading about politics and blindsiding and false moves. Grayson's decisions and exchanges with Lord Witham were crucial in the plot of the story. I liked that I wasn't just reading about a love story. The politics of this book made it much smarter and more interesting to read.

There is so much more that I loved about this book. The setting is definitely worth mentioning. Ms. Reed does a fantastic job projecting the post-apocalyptic, plague-ridden England into this book. Her use of imagery is spellbinding. There are some descriptions that left me shaking my head in fascination. The supporting characters, such as Diana, Wesley, and Lord Witham, were well written characters. They certainly added depth and dimension to the story. Again, there is so much more I could write, but I don't want to give away too much or bore anyone. But I will say, I loved the ending.

There were a few minor spelling and grammatical errors here and there. For example, "crock" instead of "crook". It's not a huge deal, but I am very picky about spelling and grammar. There are intimate scenes in this book, and while I do not mind them in a book (especially a romance book of course), some of the intimate scenes were a little repetitive. I liked seeing the sparks fly between Grayson and Juliette, but the intimate scenes could have been written better in some instances. Also, while I loved Juliette, I wish she could've just asked Grayson from the beginning, about her suspicions. I liked that she justified herself by saying that she wanted evidence, but she could have just asked. But nevertheless, I think I'm glad she did look for evidence on her own, because those actions support who she is.

YES! I could go on and on about how much I liked this book. This book is appropriate for very mature young adult readers and adults.

5 stars. What a great start to this series, Ms. Reed! I'll be eagerly waiting for the next installments!