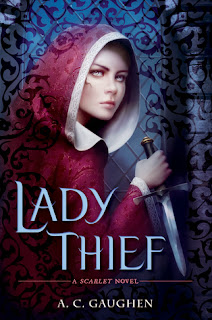 
Yes, I love the cover... but I also love the synopsis! I absolutely adored Scarlet, especially since it is historical fiction, so naturally, I cannot wait to read this companion novel :D
Posted by Alyssa at 12:00 AM