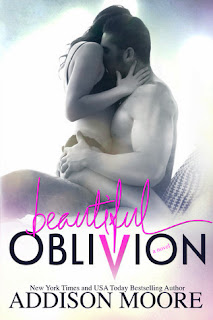 Some people just don’t belong together, or at least that’s what the world would have them believe.

It was supposed to be just for the summer…

Reese Westfield comes from a world of old money, country clubs, cotillions, and expensive cars. She’s tired of dating Warren McCarthy just to make her father happy. Reese has long since had her eye on someone else, and this summer she’s determined to make it happen.

Growing up in Lake Loveless there has always been a strict monetary divide—there was the rest of the Lake and then there were the Waterman’s. Ace Waterman has worked for everything he has, and he doesn’t have a lot. He breaks his back doing grunt work while putting himself through college. He’s used to life passing him by.

Reese has loved Ace from afar for as long as she can remember. The summer of her freshman year she comes home with plans to land Ace in her bed at least for a few short weeks, and, if she’s lucky, forever.

Ace has loved Reese for as long as he can remember, but their friendship has never graduated beyond platonic, so when Reese comes home from her first year away and proposes the two of them have a summer fling, Ace is quick to comply. The rules: no strings, no expectations, just something hotter than the sun to set the sheets on fire.

But when their worlds collide, and neither of them is willing to admit to having true feelings, it becomes clear to Ace he’s nothing more than a dirty little secret—that the summer fling was just something meaningless to pass the time.

Reese wonders if she can ever stop trying to please her father, and it’s only through her mother’s letters that she finds the answers she truly seeks, but will they be the ones she wants to hear?

As summer draws to a close, Ace and Reese are still very much enraptured even though the time has come to douse the flame and move on—but neither one of them is prepared to leave this BEAUTIFUL OBLIVION.

Addison Moore is a New York Times, USA Today, and Wall Street Journal bestselling author who writes contemporary and paranormal romance. Previously she worked as a therapist on a locked psychiatric unit for nearly a decade. She resides on the West Coast with her husband, four wonderful children and two dogs where she eats too much chocolate and stays up way too late. When she's not writing, she's reading.