Aren't you all so excited for these spring releases?

Tis the season to be revealing covers...

Well, here is another! I loved the first book in this series. 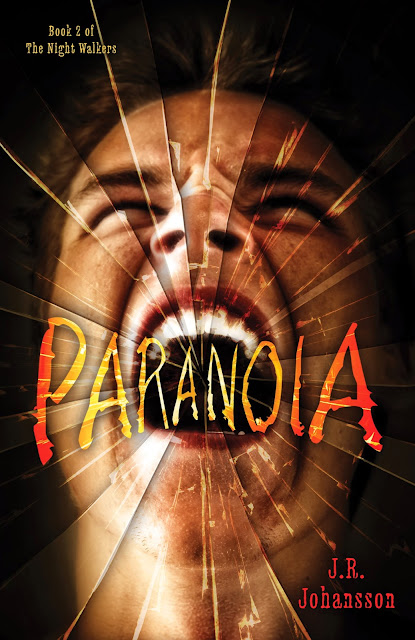 In the aftermath of the events that nearly killed him, Parker Chipp is trying to learn to cope better with life as a Watcher. And it seems to be working...until he wakes up in jail with a hangover and 12 hours of missing time. Darkness has somehow taken control and Parker doesn't have a clue how to stop him. He finds an unlikely ally in Jack, the mysterious guy in the motorcycle jacket who offers to help Parker master his abilities as a Watcher. But even as they practice, the darkness inside Parker is getting more and more powerful, taking over Parker’s body and doing everything he can to destroy his life.

When Jack reveals that there is another kind of Night Walker, known as a Taker, Parker starts to wonder if the strange things happening in Oakville are more than just a coincidence. After all, people are more than just sleepwalking. They're emptying their savings accounts with no memory of doing so, wandering into strange parts of town and disappearing, they're even killing other people...all in their sleep. If Parker wants to find out what's happening or have any hope of seeing his father again, he’ll have to defy Jack and put his own life in danger as he goes deeper into the deadly realm of the Night Walkers.

a Rafflecopter giveaway
Posted by Alyssa at 3:00 AM