Cover Reveal and Giveaway: Only You by Stephanie Feagan

Today, I am helping re-reveal the cover of one of Trinity Faegen's Mephisto Covenant books!

Formerly known as The Mephisto Mark, you can check out the old cover HERE.

Because this cover is wayyyyyy different! 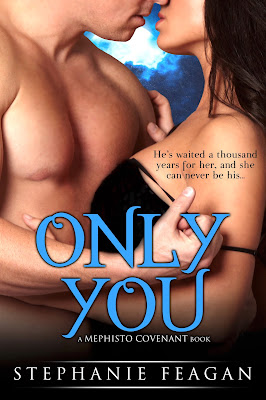 Only You by Stephanie Feagan
Publication Date: September 12, 2013

(Formally known as The Mephisto Mark by Trinity Faegen )

I knew if I moved at all, my body would go to hers of its own volition. I wanted her with crushing desperation. And I could never have her. 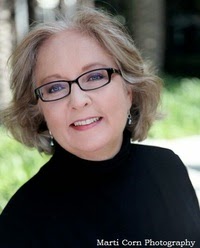 What Kind of Moron Changes Cover, Title and Author 3 Weeks After Release Day?

Me. I’m the moron. But maybe not as idiotic as it seems. When I decided to self-publish the third Mephisto book and make it New Adult with sexy times and more grown-up-y angst, I gave serious consideration to doing this to start with, but couldn't decide, and so I asked author friends for their advice and they unequivocally said I should keep Trinity Faegen as the author, use the same font for the title, and the same general theme of the cover. Continue the package and branding.

So I did. And it’s beautiful – I love the cover of The Mephisto Mark. But most people have never heard of the Mephisto Covenant series, so they don’t know – or care – that this book is all matchy-matchy with the previous books. So no new readers are jumping on board. And readers of the first two assume this will be like those, but it’s not. Even the writing is different. Book 1 & 2 are in third person, alternating POV and this one is in first person alternating POV. This one has more language and adult themes and is not anything close to a YA. It’s New Adult – except not about somebody in college. Just college age. It’s a romance novel, pure and simple. It’s a sad story, a hopeful tale, a love story with a happy ending – like all romance novels.

The first two Mephistos were romances. Young Adult romance, but romances just the same. This book, the third Mephisto, with a new title and cover, written as Real Me, the romance writer, will hopefully find its place on the right bookshelf, and people who love romance novels will find it and enjoy it. Should I have done this to begin with? Well, yeah, but who knew? That’s the beauty of self-publishing! You can climb down off the horse in the middle of the stream and get on another horse. Or swim to shore and take a bus. Y’all come with me – read Only You and tell me what you think.

a Rafflecopter giveaway
Posted by Alyssa at 10:00 AM