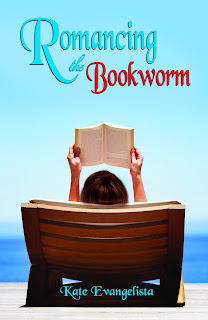 I... I don't know what to say for this part. There is always some redeeming quality in a book, no matter how, um, AWFUL, it is, right? But I was so frustrated with this book - it's a VERY surprising thing that I finished it.

Where to start. There is so much I want to say. I have it outlined in front of me, I have my Kindle open for spots in the book that I want to point out. HOWEVER. I mean absolutely no disrespect to the author (whom I adore, and love her other two books), or to the publishing team that worked hard to make the book a book. But these are my thoughts, and I'm not going to mince words because I like the author or the publisher.

I'm going to start with Tamara, the female protagonist of the story. Not only did I completely NOT relate to her AT ALL, but I found her whiny, reclusive, passive, and air-headed. All Tamara is interested in is reading. Now, chances are, if you're reading this review, you really like reading as well. So, we should understand this, right? NO. Tamara has ZERO life - social life, love life, whatever. She whines non-stop when her friend and roommate Ronni drags her off to Maverick Bay, to help wait tables AND to have a vacation during spring break. Who wouldn't want that, bookworm or not?

That covers whiny and reclusive. How about passive. Well, I did just say that she whined about having to go with her friend to the beach. I also said, who wouldn't want to go to the beach for spring break?! BUT, here's the thing: if Tamara had any backbone at all, she would have put her foot down and said, "NO, I'm not going to the beach with you. If I want to waste away reading books, that's MY choice, not yours, Ronni." Well, Tamara never says this, and she totally lets Ronni do whatever.

Air-headed. Oh boy. What I wouldn't give to just slap Tamara, if she were a real person. She and I would NOT be friends. I hate air-headed people. Tamara is so NOT real. She has no depth to her personality. For a fellow book lover, I expected her to be a little more intelligent. I almost stopped reading at 8% of the book (well, I almost stopped reading at a lot of places in this book). At 8% of the book, we meet Xavier in Tamara's point-of-view. Or rather, we don't meet him yet. She SEES him. Check this out:

"The thought came with a blush, the heat of which I felt all the way between my thighs. I'd read about guys who were sex on two legs before, but to actually be in the presence of one felt unreal. If he touched me now, I'd spontaneously combust."

"The dizzy spell I'd felt building in me since he got out of the water took over now. My eyes rolled into the back of my head as my legs collapsed beneath me."

Oh, really? Would you? Are you not human, then? And. What. In. The World. You're going to tell me that you see some guy that is SOOOOOO hot, and you faint? Seriously, people, I left out most of the descriptions of Xavier. He's godlike, and perfect, and chiseled, and oh-so-yummy, and blah blah blah BLAH. NO. Just... NO. I don't buy Tamara's reaction to Xavier for one second. She's so air-headed and ditsy and all she sees is one male who might be remotely good-looking and she spins the whole thing out of proportion and faints. Do you see how ridiculous that is?

And then, throughout the book, she goes to great lengths, great PAINS, so she does not have to see him, or talk to him. WHAT?! You think this guy is crazy hot and lick-able and then you just shut down and ignore him? Last time I checked, that wasn't how it worked. If you see a guy that is smoking hot and he's not a criminal or drug addict or some other negatively seen type of person, shouldn't you be turning on your girl charm and trying to get with him? Or at least, get to know him better? What. The. Heck.

So, I hated Tamara. I also didn't liked Xavier, by association. What he saw in her, I have no idea. Why he went to all those lengths to please her, I don't know. Doesn't he see that one, his idea could blow up in his face and two, she's a complete stranger? Whatever.

I didn't particularly like Hudson or Ronni, the siblings. Both supporting character were flat and one-dimensional and oh-my-gosh-so-freaking-annoying. All Ronni cared about was Zander (Xavier's brother who broke her heart), and all Hudson cared about was making sure Xavier's plan didn't go wrong, and making sure Zander didn't hurt Ronni. But Hudson seemed to flat as a character, and I did not care about him AT ALL.

Zander is the only passably decent character, and it's funny, because he is the "villain" of the story. At least he acknowledges the fact that he screws up, that he's not perfect, that he's not all that (though he may act like it). He might be the only real character in the book. But whatever to him. Didn't care enough about him, either.

The next thing that totally irritated me is something that I know is a touchy subject for people (don't understand why, but it is). Tamara is at least a size fourteen  female. The author makes it known that it clear from the beginning that Tamara is not skinny, and that she is a big girl. Okay, great. I have no problem with that. What I do have a problem with is in the next breath, the author makes Tamara seem pixie-light. Xavier carrying her with ease. Tamara surfing. Tamara wearing little, tiny, clothes. I'm sorry, but could you be consistent? Pick. One.

The plot. Oh my gosh, the plot. Well, it starts with Ronni taking Tamara to the beach to live in Hudson's house while vacationing and working. Then Tamara and Xavier play cat-and-mouse, Zander comes around and ruins everything, they have a big surfing competition, the end. I still can't believe I finished this book. The plot is so pointless and so trivial and so... uninteresting! I don't make it a habit of not finishing books (I have never not finished a book I started), but this one was just so awful, in plot ALONE, that I had a hard time actually getting through the book.

The climax is the surfing competition, which really comes down to Xavier and Zander. I could not believe my eyes when I saw that was the climax. I mean, I understood that the surfing competition was one of the reasons why everyone was at Maverick Bay for that weekend. But seriously? How anticlimactic. I could have cared less is Zander or Xavier or someone drowned while in the competition. That would have at least made it more interesting. Put one of them - and me - out of my misery.

Did I already talk about the romance? Not really. Okay, so we know that Tamara is attracted to Xavier. We also know that Xavier orchestrated this entire week for Tamara because he saw her and watched her for a long time, and he finally wanted to meet her. First of all, what?! Who does that?! That's so weird. Second, I couldn't really understand HOW Tamara and Xavier's relationship was developing throughout the book. It seemed like Tamara was constantly running away from Xavier, and Xavier was constantly saving Tamara from face-planting or something. And then they'd meet at random and totally convenient times, and practically grow "steamy" chemistry between the two of them. The chemistry was just sickening.

Well. I did NOT find their relationship stable or developed or progressive, and I certainly did not find their romance steamy or hot or sexy. I kind of just wanted to shake Tamara, tell her to go home and forget everything. Then, kick Xavier where it hurts, because he's creepy.

But, all is well that ends well. What a kumbaya. let's-hold-hands-and-sing ending. Barf.

NONONONONONONO. If you read this book and liked it, great. Good for you. I read it and hated it, and I wouldn't inflict this on anyone (no offense). I loved Ms. Evangelista's other two books - Taste and Reading Me Softly - but not this one.