Welcome to the Repossession book blitz! I have the book and author information, teasers, and a giveaway! 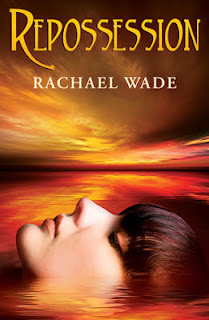 “I was about to say that we all hurt the ones we love. That we can’t help it and that for some reason, we’re just defective like that. Maybe because those we love most bring out the very best and the worst in us, and in some twisted way, we resist that magic.” – Skylla Warden

“I squirmed in his hold, but it didn’t take me long to give up. His grip was too strong. My arms laced around his neck and I glared up at him. “That sounds more like you having your way until you decide to let me have mine.”

“Well, what you want and what’s actually going to happen are two very different realities.”

“What kind of convoluted crap is that?”

“True convoluted crap. Now stop busting my balls and let me carry you.”

I sighed, making sure it was long and overly dramatic.” – Skylla and Jet

“When it was just you and your fight to live, the only thing that mattered was time. Time was the only thing reminding you to propel forward and find your next meal, the next roof over your head, or those few hours of crucial sleep, because your days were numbered and they wouldn’t stop for anyone, no matter how rich, privileged, or smart you were.

If there was one thing I’d learned in my short span of twenty-three years, it was that time didn’t discriminate.” – Skylla Warden

“Because that’s life, you know? Good and bad. You can’t have one without the other. The bad brings out the good in us, and the good can be corrupted by the bad. It’s always a struggle—to fight for the good, so it tips the scale.”  - Jet Phoenix

“We sat on the dusty floor like that for what felt like hours, our legs intertwined in the kneeling position. Like the demon and the angel reaching for one another on Jet’s arm, I felt half of everything. Half pure, half used. Locked in a dark, beautiful embrace. One I wouldn’t wish on anyone yet one I wouldn’t ever reverse if given the chance. Not when it had the power to save a life.” – Skylla Warden

“Is there anything that doesn’t piss you off?”

“Yeah, flowers and sunshine. But there’s none of that to be found since this world fell into a hellhole, so you won’t see me cracking rainbow smiles or going easy on you anytime soon.” - Jet and Skylla

“I did not have all the answers. I did not know if I’d deserved God’s grace or wrath, or what would become of me if I ever fled this town. But I did know how to shoot a gun.”  - Skylla Warden

(1) ebook copy of Repossession - open internationally! Read the rest of the terms and conditions in the Rafflecopter, please!