Science in Fiction (#19): The Forgetting by Sharon Cameron

This month, I'm featuring The Forgetting by Sharon Cameron! 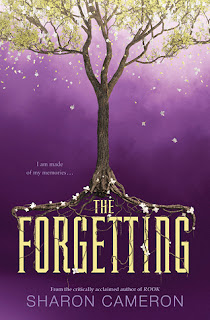 I love Cameron's books, and The Forgetting was no exception. I actually didn't know too much about the book before reading it - and I totally missed the fact that it's a sci-fi novel. When I read it, I was pleasantly surprised! I love sci-fi, and this heavily sci-fi story blew me away.

One of the aspects of science in this book is space colonization! Canaan, the setting of this story, is not on Earth.

So today, I'm going to talk about space colonization!

This is nothing new - we've seen the concept in fiction, movies, and TV often. Stars Wars, to name a big franchise, as well as Kaufman and Spooner's Starbound trilogy, are good examples. Space colonization is the permanent habitation of a planetary off Earth. For example, Mars, or the Moon.

Stephen Hawking says it'll be at least 100 years before space colonization becomes an actual successful thing. I believe it - we're nowhere near close to colonizing other entities (at least, that's what is made publicly known).

In recent times, NASA has proposed a self-contained space colony. While the goal is to colonize planetary bodies like Mars or the Moon, space stations might be the best step before space colonization. The Kalpana One program is the program proposed, and it would send a module into space to orbit the Earth. This module would hold 3,000 people indefinitely.

Elon Musk, founder of SpaceX, is urging the colonization of Mars. SpaceX has been building and testing reusable rockets for this purpose. However, the costs of the rockets alone are enormous.

Genetic engineering and synthetic biology are vital to the space colonization efforts. The gases on other planets are toxic, and there is little oxygen. Scientists need to provide organisms that can, for example, break down those gases and use them as an energy source. Certain bacteria and organisms here on Earth convert carbon dioxide into oxygen, and this is something that scientists will have implement on other planets. Resource utilization is very important!

A final thing to consider - what's the point of space colonization? We are rapidly running out of room on Earth, as well as resources. There is a housing problem across the globe, and a little issue of where to store waste (landfills, dumping in a tiny town in China, and deep-sea injections are not permanent solutions), and the fact that there just isn't enough food being produced to feed everyone, especially with project population growth rates being what they are.

So! What are your thoughts on space colonization? The current state of affairs on Earth? Would you live on another planet (or an orbiting module), given the opportunity?
Posted by Alyssa at 12:00 AM