Science in Fiction (#31): The Hearts We Sold by Emily Lloyd-Jones

This month, I'm featuring The Hearts We Sold by Emily Lloyd-Jones! 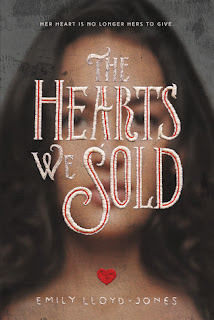 The Hearts We Sold is a standalone novel dealing with the concept of the Faustian bargain. In this story, you could trade a body part for anything you wanted (with a few exceptions). Dee trades her heart for money, in order to make certain things possible in her future. But be trading her heart to the demon, she must work for him for two years. This demon has her and several others closing void portals, so that other demons and creatures can't come out. To close these portals, Dee and the gang use explosives.

(Subtle, I know. The connection to The Hearts We Sold is tangential, but 100% there, so don't mind me!)

Nuclear weapons - specifically, nuclear bombs - are one of the deadliest weapons known to mankind (if not THE most deadly weapon). Research on nuclear weapons has been going on since the 1930s (and most likely before that). On July 16, 1945, the first nuclear weapon was tested in the Alamogordo desert in New Mexico. 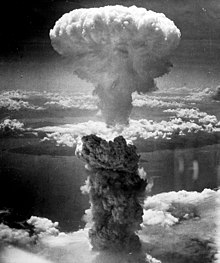 The bombing of Nagasaki. Source: Wikipedia.

The threat of a nuclear bombing isn't new, but it is unexpected, for any country. This fear shouldn't be something that anyone should have. Unfortunately, with this insane political climate and international disputes, the whole world should be prepared for World War III. I wish I were exaggerating.

What should you do if a bomb is dropped near you?

- Find a bomb shelter. Ideally you should do this beforehand, if you know the bombing is coming. However, if the bomb has been detonated and you survived, still try and get to the shelter. People who survive the blast typically die from radiation exposure. Fallout is the ash and dust from the explosion. There is also flash blindness, caused by the brightness of the bomb detonation.

- Go underground, in your basement, and stay away from windows. If there is no bomb shelter nearby (which is very likely), this is the next best option. The denser the material surrounding you (like brick vs. cardboard), the safer you'll be.

- If you aren't near a bomb shelter or someplace with a basement, check out if you should stay where you or if you should go someplace else. Extensive research has been done on this topic, to determined what a person should do following a nuclear detonation. You could potentially stay where you are for 15 minutes and then find a bomb shelter. Most of the intense radiation breaks down by then. There is more information HERE too!

- You'll want to take off your clothes, seal them up, and then shower. Don't scrub your skin since this may get the radiation into your skin. Also don't use conditioner in your hair, since the conditioner would bind to the radiation. But rinse and dress into clean clothes. It's probably a good idea to have clean clothes stashed in your basement!

I'm not going to pretend like I know about nuclear weapon to an expert's level. I won't presume to know the future and the intentions of any country. But I think it would be best for everyone to be a little prepared for something like this. We can't think, "oh, this will never happen to me!". The reality is that it could happen anywhere, but especially in my country.