I personally haven't read any of this author's books, but I LOVE the covers of these books. 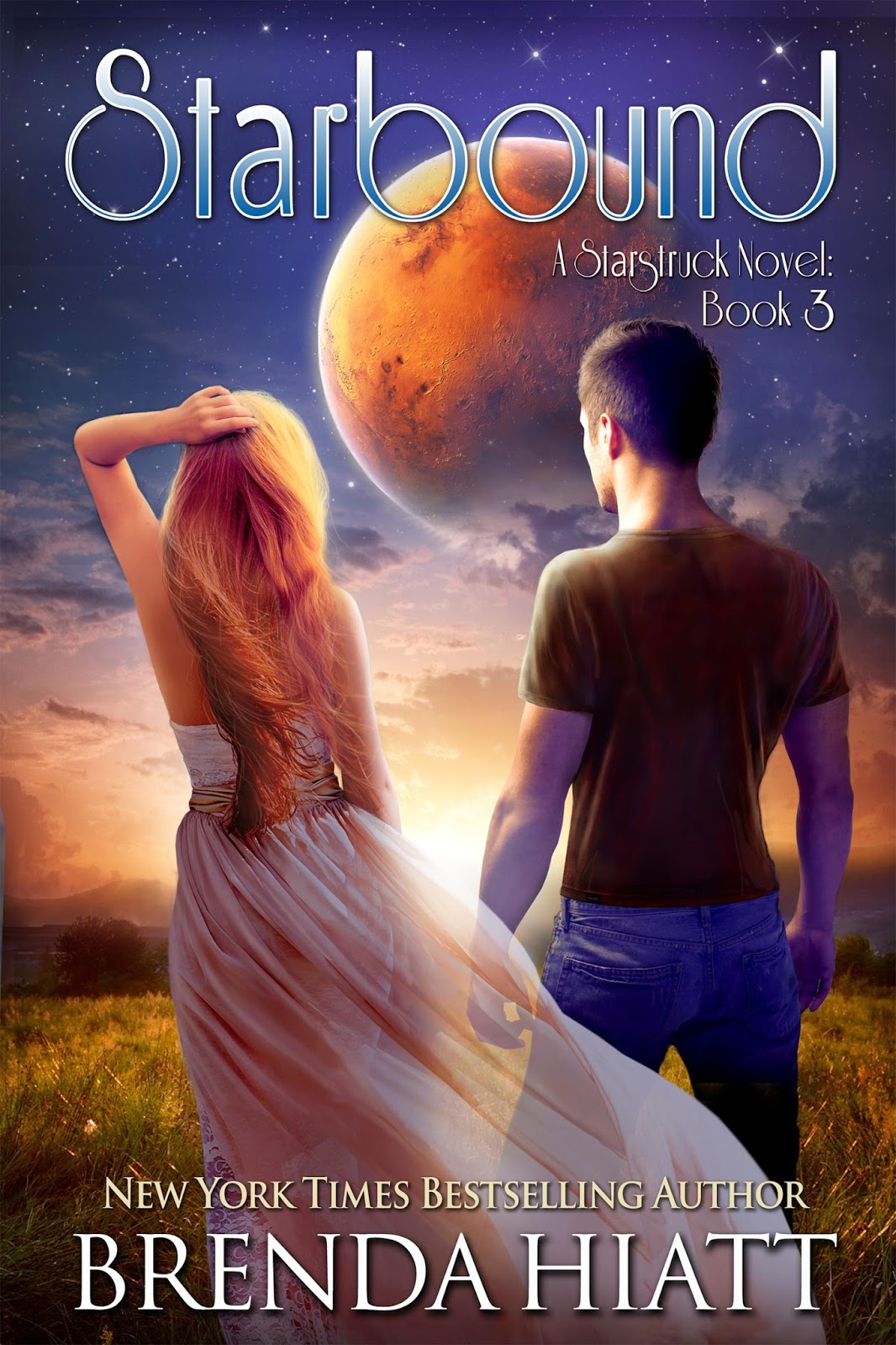 Being a Princess isn't all it’s cracked up to be!

Between keeping high security secrets from everyone (including Rigel) and trying to keep Rigel and Sean from killing each other (with no help from Trina, of course!) M has more than enough on her plate already.

She knew that as newly discovered Princess of a secret Martian colony, she’d have to return there someday—but over spring break?? An emergency requires her immediate presence but not everyone is overjoyed to have their long-lost Princess back. Can she win her people over in time to save the colony from destruction? And what will she have to give up in return?

Check out the previous books in the series!

(Click on the covers to go to the Goodreads pages) 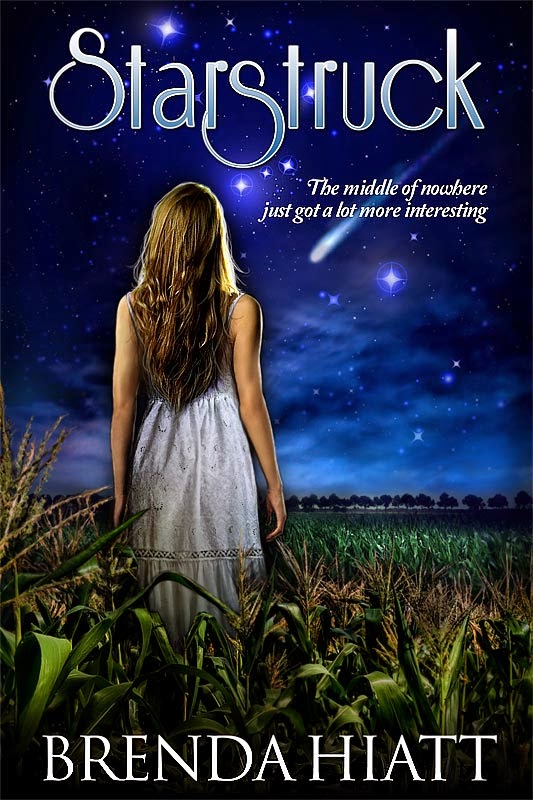 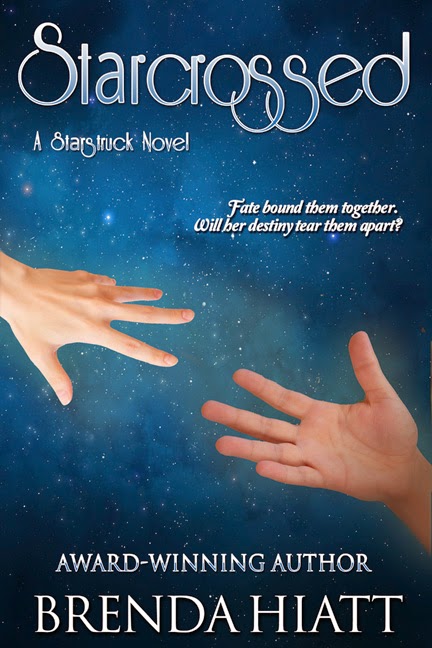 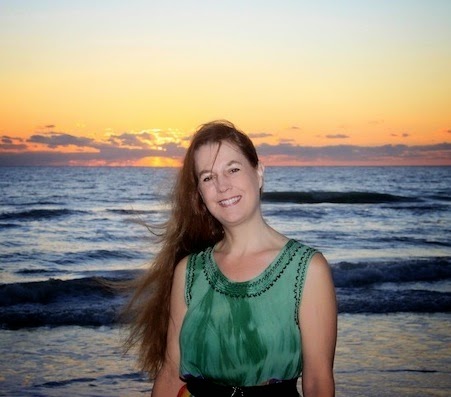 Brenda Hiatt is the New York Times and USA Today bestselling author of nearly twenty novels (so far), including traditional Regency romance, time travel romance, historical romance, and humorous mystery. She is as excited about her new young adult science fiction STARSTRUCK series as she's ever been about any of her books. In addition to writing, Brenda is passionate about embracing life to the fullest, to include scuba diving, Taekwondo, hiking, traveling, and reading, of course! For the past dozen years, Brenda has collected data on writers' earnings, which she shares at  http://brendahiatt.com.

Trina saw me coming from across the cafeteria. She whispered something to her friends, then just stood there, smirking, as I closed the distance between us. My right fist positively itched to punch that smug face but I reminded myself—firmly—that I could not afford to get expelled for fighting the day before leaving on our trip. Something in my expression must have scared her, though. Her smile slipped for a second and she glanced at her friends again, as though to make sure they were still there.

“Is there a problem, Marsha?” The smirk was back, her voice full of fake, syrupy sweetness.

“You're the problem, Trina,” I snapped. “You've done a lot of nasty things to me over the years, but now you've reached a new low. You think even your so-called friends will trust you again after seeing what a weasel you are? By the way, you’re going to tell them what you really did, or I’m going to turn you in for this.”

Her smile turned ugly. “Yeah? You really want the principal and your aunt and everybody to see this picture?” She held up her phone.

Before I could stop myself, I looked—and nearly gagged. It was me, all right, apparently in the naked throes of passion with some faceless guy. Now I knew why she’d been snapping pictures of me all week. This one was actually me laughing, but in its new, nasty context it totally looked like I was doing something else. No wonder Rigel and Sean were so upset! I didn't even want to think what my aunt or anybody else would think if they saw it.

“Aren't you the Photoshop wizard?” I hissed, trying to decide what to do.

Her sneer broadened as she sensed my hesitation. “Aren't I? In fact, I’m so proud of this, I think I’ll post it online so everyone can admire it. All I have to do is push this button—” Her finger hovered over the screen of her phone.

I didn't dare assume she was bluffing. More quickly than she could react, I snatched the phone out of her hand. I’d shorted out electronics by accident all my life, but this was the first time I’d ever tried to do it on purpose. It was surprisingly easy, especially since being upset always made my static problem worse. The moment I touched the phone it crackled and the screen went black.

When Trina snatched the phone back I didn't try to stop her. “What did you do, you freak?” Vainly, she tried to turn it back on. “This is a brand new phone!”

Now it was my turn to smirk. “Guess you should have been more careful with it. And if you post that picture from your computer, it’ll be super easy to trace it to you.”

“You—!” Her hand flashed out to slap my face, but I was much too quick for her and dodged away, instinctively whacking her hand aside with a taekwondo block.

“We’re not on the playground now, Trina. Your days of beating me up are over. Or do you plan to have your posse hold me down, like you used to do in elementary school?” The other cheerleaders, though, had backed away, joining the loose circle that had formed around us, watching avidly.

Trina’s eyes narrowed nastily. “I could always take you, Marsha, posse or not, and I still can.” Her pretty face distorting into something almost bestial, she aimed a punch at my nose. I dodged that, too, but she caught me in the shin with one of her pointy boots, then immediately lunged at me again.

I easily danced aside, her swinging fist missing me by several inches. “Give it up, Trina. You played a really rotten trick and paid for it with your phone. Let’s just call it even.”

“Even? Not a chance! I’m sick of you getting everything I want!” She shoved her phone into her pocket and rushed me, both hands ready to claw my face. Fast as she was coming, it still seemed like she was moving in slow motion. I waited until the last possible instant to sidestep her. With no time to stop or change direction, Trina slammed so violently into the table behind me that she doubled over and smacked her face hard onto its top, scattering abandoned lunch trays.

She screamed and whirled around, green Jell-o and blood streaming down her face. “How did you—? Where—? You broke my nose!” She flung out an accusing hand, pointing at me.

“Me? Everybody here saw what—”

“Girls, is there a problem?” It was vice-principal Pedersen, the “Warden.” Over his shoulder, I saw Ms. Harrigan, an Echtran who’d been posing as a student teacher to keep an eye on me since before Christmas, watching with shocked disapproval. Great.

A babble of voices broke out, some supporting Trina’s story and others denying it, but Mr. Pedersen just held up a hand and it stopped.

Brenda is revealing her new website for this series HERE! Go explore it and learn more about the Starstruck books!

Win e-copies of Starstruck and Starcrossed (format of the winner's choice) - open to ANYONE! Good luck!